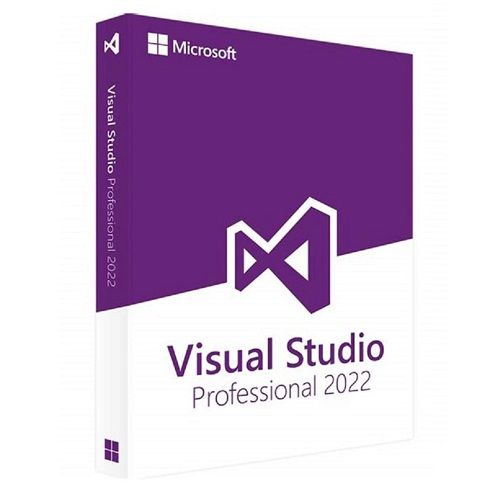 
System requirements :
Operating system :
Windows 11 Home, Pro, Pro Education, Pro for Workstations, Enterprise, and Education
Windows 10 (1909+) or higher: Home, Professional, Education, and Enterprise (in real life, it is installed on versions up to 1909 and on LTSC
Hardware :
64-bit processor 1.8+GHz (4+ cores are recommended), the studio is not installed on ARMs. Memory Minimum 4GB of memory (16GB recommended)
For Windows365 minimum 2 vCPUs and 8GB of memory (4 vCPUs and 16GB of memory recommended)
Free hard disk space from 850MB to 210GB depending on installed components (typically 10-50GB). It is recommended to install on SSD drives for speed
Video with a resolution of 1366x768 (recommended resolution of 1920x1080)
If the installer asks you to download some components or there are some other problems with the installer (including suspected viruses) ... try rehashing this distribution or run an installer integrity check by executing Check_Files.cmd .
React depending on the results of the diagnostics (well, that is, either unsubscribe here about errors, or just download the crooked components again)
Studio CAN be downloaded from Microsoft. Those. components in the Installer folder must be completely identical to those downloaded from Microsoft. If you find a difference - write.
This distribution presents ALL existing editions of the 2022 studio version 17.4.0 "in one bottle"! AIO is "All in One". Singling out the studio editions separately does not give a noticeable size savings ... that's why AIO was made.
To save size, there is a separate distribution for those who need only C ++

Other restrictions
Administrator rights are required to install Visual Studio.
.NET Framework 4.5.2 or above is required to install Visual Studio. Visual Studio requires .NET Framework 4.8 to run. If .NET Framework 4.8 isn't already installed, it will be installed during setup.
Universal Windows app development, including designing, editing, and debugging, requires Windows 10. Windows Server 2019 and Windows Server 2016 may be used to build Universal Windows apps from the command line.
Team Foundation Server 2019 Office Integration requires Office 2016, Office 2013, or Office 2010.
[turn]
Installing
or
Updating
or
Changing the composition of components
:
( do not write questions in the discussion without reading the info below !!! )
• If the installer does not have access to the Internet, then install the studio certificates into the system by executing Certificates_Setup.cmd ON BEHALF OF THE ADMINISTRATOR (once in the life of the system enough). If at the time of launching the studio installer there is neither Internet access nor certificates installed in the system, then the studio installer can simply quietly close without explaining the essence of the problem to you
• Finally, run the studio installer by executing Setup_.cmd, where is the studio edition. Community contains enough features for normal comfortable programming and is free (although after 30 days it will require you to log into your microsoft account). Professional and Enterprise contain more features and even more features, respectively, and do not require a microsoft account (if you enter the key). Plugins for the studio are installed on the Community, Professional and Enterprise editions (the previous Express edition, which did not support plugins, is no longer released). In the BuildTools edition - only build tools (there is no IDE). Rare editions like TeamExplorer are present in the distribution, as they added little weight to the distribution (most people do not need this, and those who need it know what it is).
If you install the Enterprise or Professional edition, then the following numbers will probably be useful to you