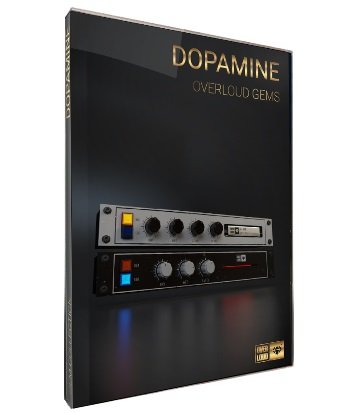 Overloud DOPAMINE is the emulation of two classic tape encoding processors, used as enhancers. It is designed to revive individual tracks as well as complex mixes while preserving their natural tone. Overloud DOPAMINE does not introduce unpleasant artefacts like the exciters do: in fact it dynamically balances the harmonics that naturally exist in the original audio rather than generating non-existent harmonics by synthesizing them.
FEATURES AT A GLANCE
Replicates the enhancing side of the tape noise reduction units
Simulates two classic processors: the 180 and the 361
Simulates two cartridges: the A-Type and the Stressor
Naturally enhances the audio by balancing the harmonic content
Allows to tweak the dynamic action of the effect
Very low cpu usage: you can open the plugin on each track of the session with a negligible cpu load
Lots of presets designed in real mixing sessions
Scribble Strips: take notes anywhere on the plugin panel
Meter Calibration: calibrate the VU meters at 4 different sensibilities

HOW DOES IT WORK?
Overloud DOPAMINE is a particular kind of enhancer used in early forms of magnetic tapes noise reduction. The tape was encoded by dynamically brightening the signal then, while playing back, the tape was decoded by taking off the extra brightness and, consequently, reducing the the tape hiss.

The audio engineers realized that the tape encoding process was a desirable effect on many kind of audio so they started to use this process in parallel with the original tracks to add liveliness. Overloud DOPAMINE replicates this process.