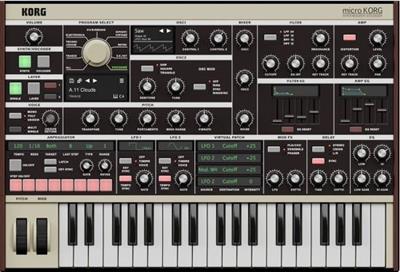 Korg's best-selling synthesizer is now available
in software - the microKORG plug-in version for Mac/Win!
Since its release in 2002, the microKORG has been loved by more musicians around the world than any other hardware synth in music history. Following the first generation microKORG, a number of variations were introduced, including the microKORG XL released in 2009 and the microKORG S with 2+1 speakers, as well as many color variations.

The microKORG was born out of a desire to bring the appeal and fun of synthesizers to beginner and professional musicians, track makers, and creators everywhere. Korg easily achieved this goal,creating a wildly successful synthesizer that was not only compact andeasy to use but sounded amazing.
To celebrate the 20th anniversary of its release, the original "microKORG" will be reintroduced as software: microKORG for Mac/Win.
Whats new in this version
Official site does not provide any info about changes in this version.
System Requirements
OSX 10.6.8 or later