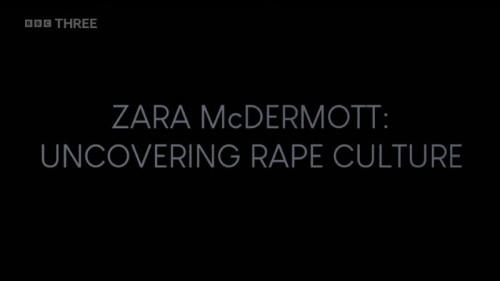 BBC - Uncovering Rape Culture (2021)
English | Size: 901 MB
Category: Docuemtary
Beginning with her own sexual assault, Zara investigates sexism and 'rape culture' in Britain. The assault left her with many unanswered questions. Why did it happen? Why did he think he could do it? And where did he learn that? Speaking to her friends, it quickly became clear that they all had their own stories - and many believe the problem starts at school.

In spring 2021, the website Everyone's Invited was flooded with thousands of anonymous testimonies from schoolgirls sharing stories of sexual assault and harassment. An emergency Ofsted report confirmed that rape culture has been raging unchecked in our schools, and that urgent action is needed to tackle it. In this timely documentary, Zara speaks to young women and girls about their experience of rape culture. Exploring both state and private schools, Zara speaks to pupils to understand first-hand how these toxic behaviours happen.

Zara also meets young women who have been assaulted or raped by pupils at their school, finding out what action was taken by their schools while their cases were underway. One ex-pupil (Mary)'s perpetrator was allowed to remain in school alongside Mary during the trial and after his sentence was served. Another pupil tells Zara that she is too ashamed to tell her school and parents about her assault, fearing that no-one will believe her. And finally, Zara meets the friends and family of 12-year-old Semina Halliwell, who alleged she was raped by a boy from her school. She took her own life in June 2021. Her mum, Rachel, speaks about the devastation at the loss of her daughter and the rape culture on social media that she blames for Semina's tragic death.