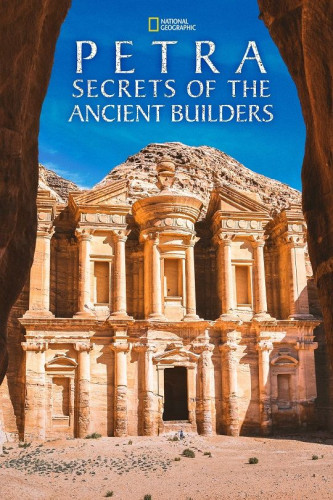 RMC Production - Petra: Secrets of the Ancient Builders (2019)
English | Documentary | Size: 1.26 GB
In southern Jordan lies the spectacular city of Petra. Built over 2,000 years ago, it contains innumerable architectural treasures: colossal buildings carved into cliffs and hundreds of tombs, temples, and baths. Petra was a rich and prosperous city, and yet, it resides in the heart of an inhospitable region. How did the Nabataeans manage to transform this desert area into a luxurious city?
In the heart of the Jordanian desert, the ancient city of Petra is full of mysteries. How was this architectural prowess achieved more than 2,000 years ago? A modern system of collection basins and cisterns made it possible to use any rainfall and thus transform Petra into a green oasis. What was life like in the desert city that once had 40,000 inhabitants?
In the bone-dry desert, Nabataean engineers developed a system to take advantage of any precipitation. An extensive system of collection basins and cisterns once made Petra a green oasis.
Combining computer-generated images, interviews with eminent world experts, and the discovery of the city's extraordinary remains, this documentary will give the viewer a fascinating insight into the construction history of this truly unique city, a genuine architectural miracle in the middle of the desert.
Through the use of computer graphics and interviews with the world's leading experts, unfold the secrets of this oasis of stone.
In this one-hour special, viewers will learn the many marvels behind Petra's construction, including evidence of what could potentially be the first anti-seismic buildings in human history.

Directed by Thierry Fessard and Yohann Thiriet ; A T2MP & KWANZA Co-Production with the participation of RMC Decouverte

-- Original title: "Petra, une cite de legende" ; this is the pilot episode in "Secrets of the Ancient Builders"-5-part series --