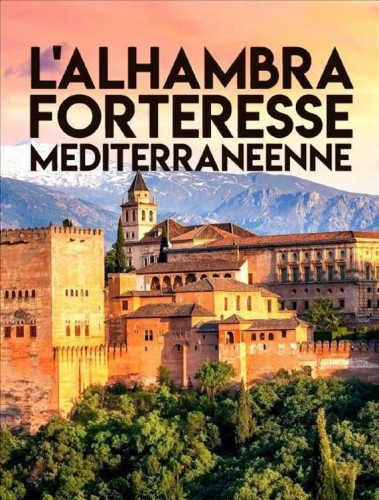 RMC Production - The Alhambra: Fortress of Andalusia (2021)
English | Tutorial | Size: 1.23 GB
In the South of Spain stands one of the most sumptuous palaces ever built: the Alhambra. An impressive fortified complex erected at the top of a steep hill, it was mainly built by the Nasrids, a 13th-century Arab dynasty. Behind the apparent austerity of this immense fortress – no less than 2,000 metres of defensive walls and 27 towers – the inside unveils an explosion of refinement and ornamentations, gardens and marble fountains, a grandiose testament to the tradition of Moorish style and Islamic art of the period.
From the building techniques used to the delicacy of the decorative fixtures, discover how artisans of the period managed to create sculpted fixtures of such beauty and how the labourers worked, throughout the centuries, to make this citadel as practical as it is refined.

A Film by Thierry Fessard and Yohann Thiriet ; A RMC Decouverte & KWANZA Co-Production with Histoire TV and SBS-TV Australia

-- Original title: "L'alhambra forteresse mediterraneenne" ; this is an episode in "Secrets of the Ancient Builders"-5-part series --