Movies / Documentary →BBC - Raiders of the Lost Past Tutankhamun's Secrets (2022) 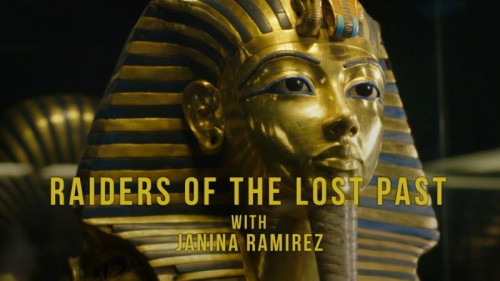 BBC - Raiders of the Lost Past: Tutankhamun's Secrets (2022)
English | Documentary | Size: 911 MB
On the 100th anniversary of the discovery of Tutankhamun's treasure-packed tomb, Dr Janina Ramirez turns detective and heads to Egypt to uncover the real story of how a Briton called Howard Carter unearthed a pharaoh's tomb when everyone else believed there were no more great Egyptian finds to be made.

She discovers that some of Tutankhamun's treasures are missing and reveals the name of the person responsible. She delves into the origins of the supposed pharaoh's curse, finds the surprising truth about the young king's brutal injuries, and digs out fresh evidence that Tutankhamun wasn't the delicate, powerless boy king of legend but was instead a powerful statesman.