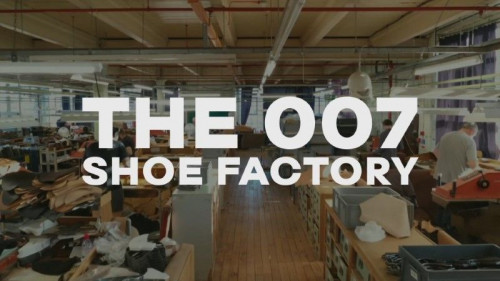 BBC We Are England - The 007 Shoe Factory (2022)
English | Documentary | Size: 389 MB
Crockett and Jones is one of only five remaining family-owned and run shoemakers in England, still manufacturing its shoes entirely in England. It is an official partner with the James Bond franchise, dressing 007 in the last three films.

But there's no time to waste in coming up with the next big design. Their mission is to stay traditional, while fighting the growth of the casual market and keeping the business going for the next generations of their family and of the shoemakers who rely on them.

In the 19th century there were over 250 shoemakers in Northampton. Now there are just seven shoe factories left in the town. This fifth-generation firm is one of them. It employs specialist workers, some of whom have been with the company for decades, meaning a family atmosphere runs through the whole factory.