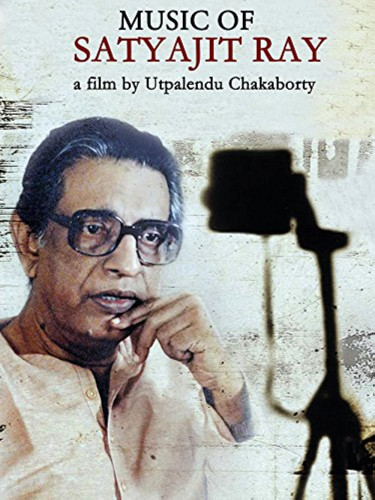 Films Division - Satyajit Ray: The Filmmaker (1984)
English | Documentary | Size: 2.16 GB
Fine documentary film about the great Bengali director, Satyajit Ray, born in 1921, died in 1992. He is regarded as one of the greatest auteurs of 20th century cinema, from "The Apu Trilogy" in the 50's to his last film in 1991 "Agantuk" (The Stranger). He was also credited as designer, illustrator, writer (story and screenplay), and music composer.
Over the course of two years, beginning in 1981, filmmaker Shyam Benegal interviewed Satyajit Ray about his long career. The result was this 131-minute documentary, completed in 1984, which also features on-set footage from Ray's thirty-second film, "The Home and the World", family photographs, and extensive clips from his movies.
The internationaly acclaimed Indian master talks about his private life and films, and reconsiders his filmography, in 1984, time when his work is almost finished (he will make three films more). Ray speaks without concessions about life, hopes and desires, stops on the essential place of his mother in his motivations of artist, his division between literature, publicity, drawing and music. and cinema.
In this documentary, Satyajit Ray, the internationally renowned filmmaker, is seen on the sets and at home through the lens of contemporary film director Shyam Benegal. In conversation with a fellow artist for whom he has considerable respect, Ray opens up in a manner rarely seen, reminiscing about his childhood and growing years, discussing his oeuvre, responding to questions on his craft and exploring memories immortalized in his films. The result is a discovery of the private person as much as a look at his work a close up of a major figure in world cinema.
The moments of interview are intersected with extracts from Ray's movies and shootings from the set of the film "Ghare-Baire" ("Home and the World"), 1984.