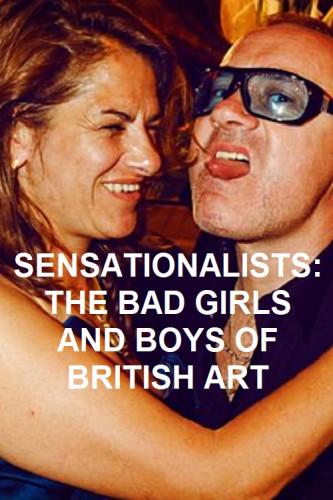 Chapter 1: Upstarts
Documentary made to coincide with the 25th anniversary of Sensation - the iconoclastic exhibition of Charles Saatchi's private collection, held in the heart of the establishment at the Royal Academy in September 1997. Featuring contributions from Goldie, Karl Hyde and Rick Smith of Underworld, Alex James of Blur, Janet Street Porter, Jefferson Hack of Dazed & Confused, and restaurateur Oliver Peyton. Narrated by Keith Allen.

Chapter 2: Is It Art?
How young creatives changed the face of art in Britain during the 1990s, culminating in Sensation, the iconoclastic exhibition of Charles Saatchi's private collection at the Royal Academy. Responding to their experience of '90s Britain, there was the first female winner of the Turner Prize, and a pickled shark that created waves alongside eggs, kebabs and rotting meat - all in the name of art.

Chapter 3: Fame and Fortune
The Royal Academy's iconoclastic Sensation causes a stir in the art world in 1997, as 300,000 people flock to see Charles Saatchi's taboo-breaking private collection of artworks by a new generation of young British contemporary artists. Contemporary art and young artists are propelled into the limelight, with some like Damien Hirst and Tracey Emin reaching megastar status. This episode tells the story of the controversy around artworks such as Emin's My Bed, Antony Gormley's very public artwork The Angel of the North and the moment contemporary art finds its dedicated national home with the building of Tate Modern.