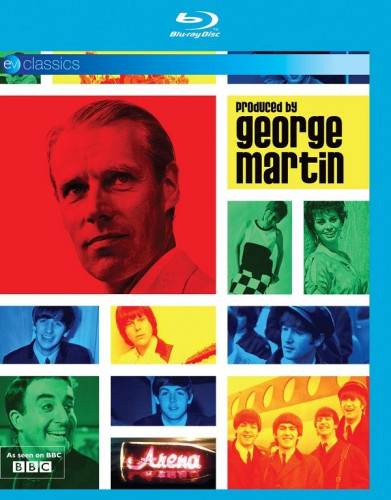 BBC Arena - Produced by George Martin (2012)
English | Documentary | Size: 2.11 GB
Produced By George Martin is a feature length profile of Sir George Martin (1926-2016), Britain's most celebrated record producer. Martin was the legendary music producer best known as the "Fifth Beatle," for his invaluable work with the band. The film talks about his childhood, his war experience and his early days as a music student.
Born to humble beginnings in North London, Martin fell in love with music at an early age. After serving in the Royal Air Force during World War II, he studied composition, piano and oboe before working his way up the ranks of the music industry. In the early fifties he joined EMI/Parlophone and started working on orchestral music, comedy records with Peter Sellers and Spike Milligan and music for children. Then in 1962 he signed the Beatles after hearing a demo tape. He went on to produce the vast majority of the the Fab Four's legendary catalogue, from their debut single, "Love Me Do," up to their final album, 'Abbey Road'. Together George Martin and the Beatles revolutionized pop music and recording techniques forging probably the greatest producer/artist collaboration there will ever be.
In his greater career he would produce over 700 records for the likes of Elton John, Jeff Beck, America, Gerry & the Pacemakers, Peter Sellers, Kenny Rodgers, Cheap Trick and Celine Dion, also working as an arranger, composer, conductor, audio engineer and musician. It was of course Martin's extensive work with John, Paul, George and Ringo that led to his knighthood and wide regard as one of greatest record producers of all time.
The film is in an intimate portrait of George Martin at home and at work. It features numerous classic clips of the artists he has produced and new interviews with many of them including Sir Paul McCartney, Ringo Starr, Michael Palin, Jeff Beck, Rolf Harris, Cilla Black, Millicent Martin and Bernard Cribbins.

Filmed, Produced and Directed by Francis Hanly ; A Grounded Production for BBC Arena