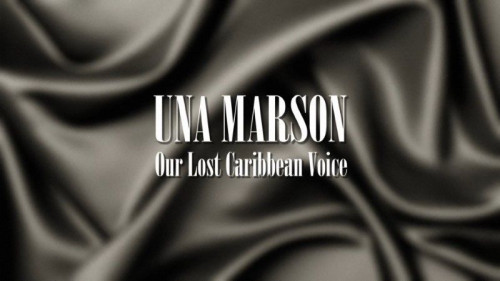 BBC - Una Marson: Our Lost Caribbean Voice (2022)
English | Documentary | Size: 693 MB
The extraordinary story of Una Marson, a trailblazing poet, playwright and campaigner, and the first black producer and broadcaster at the BBC.

A Caribbean woman born in the early 1900s, Una defied the limits society placed on her. Joining the BBC's Empire Service during World War II, she was the first broadcaster to give voice to Caribbean writers and intellectuals, bringing their stories and culture to a global audience accustomed to hearing only English accents.

During her time in London, Una wrote and produced a play for London's West End, the first black writer to do so. She was also an activist, championing women's rights, the rights of black people, literacy programmes and the education of children, and working with the deposed Ethiopian emperor Haile Selassie.

Una's writing, letters and her BBC personnel file are used to gain a unique insight into her life and work, while leading academics and her friends consider Una's life as a black woman in a professional role in Britain at a time when that was highly unusual - and had significant personal costs attached.

Una is played by Seroca Davis.