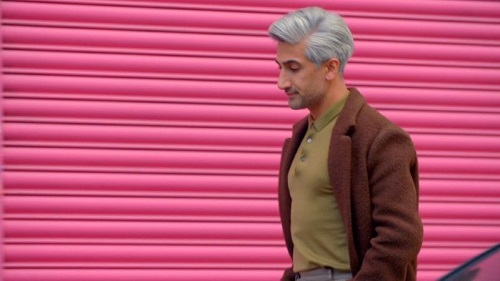 BBC - Tan France: Beauty and the Bleach (2022)
English | Size: 968 MB
Category: Documentary
Tan France, stylist and presenter on Netflix's hit show Queer Eye, is on a mission to take down the world's most shocking beauty trend - and for him, it's personal.

When Tan was nine years old, he did something he's regretted his whole life. He stole some skin-lightening cream and began to bleach his own skin. Why? For one thing, to escape racist bullying and the widespread prejudice against people that aren't white. But also to please his South Asian community, who, according to Tan, see fair skin as a passport to the best jobs, careers and marriage partners. This happened a long time ago in Doncaster, South Yorkshire, where Tan grew up, but he's never quite managed to close the door on this difficult chapter in his life.

Skin lightening is not unique to the South Asian community - the trend exists in black, Asian and Middle Eastern communities right across the UK and beyond. It stretches to all four corners of the globe, where light and white skin are in vogue and dark is seen as undesirable. Whether they're rich or poor, young or old, male or female, people are going to extreme lengths to chase the white beauty ideal.

Tan sets out to unearth the truth about colourism – where you are judged not just on the colour of your skin, but on the shade of it - and its impact on black and brown people in Britain and beyond.

His journey starts in Los Angeles, with pop superstar Kelly Rowland, of Destiny's Child fame, who was once compared to the colour of a brown paper bag by a boyfriend's grandmother. In the UK, he meets EastEnders actress Bunmi Mojekwu, whose on-screen success also brought with it a barrage of horrific social media abuse about her darker skin colour. Shockingly, much of it came from within black communities.

Skin whitening is a multi-billion dollar business. When Tan puts his own shout out on social media, he's inundated with replies from across the globe - from Mexico and Malaysia to Pakistan and the Philippines, heartbreaking stories that detail the huge pressure to be lighter which leads so many to bleach. And he meets someone in Britain who literally peeled off their own skin in their quest to be lighter. Tan's own experience is central to his journey, and as he returns to Doncaster, he has to confront his demons and revisit a devastating chapter in his life.

Alongside such deeply personal experiences, Tan will explore the broader issues behind them. How widespread is colourism? What's changed in the last 30 years? Does it stem from our own communities? Is it the decades of advertising pushing a white beauty ideal? Our colonial history? An entertainment industry that excludes and airbrushes dark-skinned people? Has the Black Lives Matter movement created any real change? How much is colourism damaging people's lives in Britain and beyond? What does it take for black and brown people to feel they can be accepted in a white world? And does it ever feel enough?

Tan's in search of solutions, hoping to break the cycle that pushed him, and thousands like him to bleach - and still does.