E-Books →Dark Psychology and Manipulation - Delve Into Darkness and Learn the Subtle Art of... 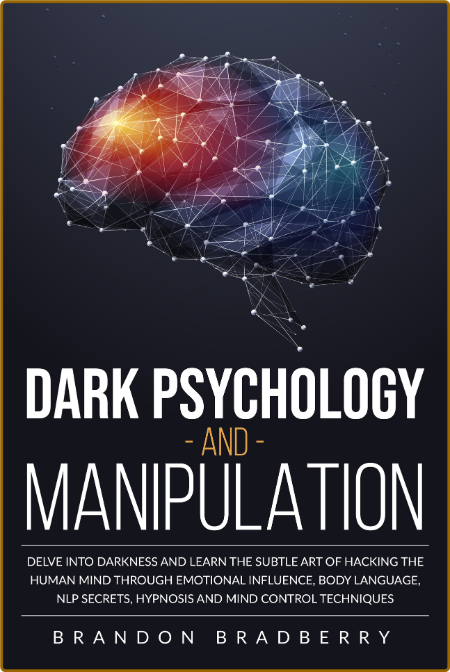 Has someone ever taken advantage of you for their benefit? Has someone you loved entered your life fast and then left without so much as an explanation after they took everything they could from you? If you are nodding your head, then you have come to the right place.

The foundations of the study of dark psychology are not modern. The models of classical comedy and tragedy during the height of the Greek Empire illustrate an understanding of this uniquely human capacity even during ancient times. The comedies and tragedies of ancient Greek theater were used as a means for society to experience catharsis-a collective exercise in which social bonding occurred by the creation and release of social tensions as a means of resolving societal conflicts.
But what is at the heart of this classical method of employing art as a means of regulating society is society's need to be regulated because of the unique capacity of human beings to act in ways that are destructive and harmful without any apparent practical purpose or necessity. This capacity is what clinical psychologists refer to as dark psychology.
Consider that species other than humans, such as lions, wolves, bears, or birds of prey, may track, target, hunt, and kill smaller, less powerful animals, such as deer, cattle, sheep, rabbits, and rodents. Yet, the reason for this predatory behavior is necessity, not cruelty or malevolence. In addition, when predatory animals hunt, they are likely to target the most vulnerable and the weakest, not out of any sense of meanness or malice, but because engaging with a weaker opponent involves less risk and less effort. Thus, the violence and destruction of natural predators serves practical needs-to feed themselves and their young in an effort to propagate their species.
Here' s a tiny fraction of what you will learn:
◆  Dark persuasion methods
◆ Covert emotional manipulation tactics
◆ Toxic relationships and how to deal with them
◆ Secrets for speed reading and analyzing people
◆ Dark hypnosis and hypnotherapy
◆ Dark Seduction
.And more subtle advanced techniques!

It is tempting to argue that human beings have developed their unique capacity for dark psychology and manipulation as a means of propagating their survival in this unique environment. Take for instance a business man who cheats on his taxes to gain an advantage in the business world, a lawyer who alters evidence to win a case, or a politician who lies to his constituents to win an election may be compared to the abilities of wild bears who hunt and kill deer or other game. Yet, animals in the wild never engage in predatory conduct that is marked by cruelty, maliciousness, or greed. Doing so would lead to their extinction.

This complete social-behavioral manual will give you the key to fully understand human nature at his deepest level and provide you with all the knowledge and skills needed to survive in this dark world. Don't let yourself be victimized any longer. Manipulation is all around you, and it's impossible to escape. But it's possible to fight and turn their tactics against them.

What are you waiting for? Grab your copy today and take back control of your own life tomorrow!