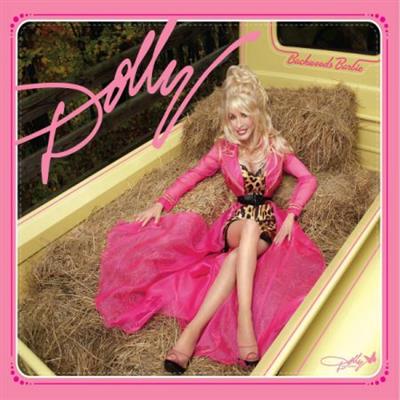 Tracklist
It's been three years since Dolly Parton released a new album, and nearly two decades since she put out anything close to a mainstream country offering, so Backwoods Barbie ought to get some serious media attention, although it remains to be seen whether the now 62-year-old Parton will get much play on the new country stations. The first single from the album, the cloyingly wise "Better Get to Livin'," is certainly catchy enough, but the fact remains that Parton's voice isn't quite what it used to be and she wasn't exactly Patsy Cline in the first place. What she is, and has been all these years, is a true iconic presence in country music, a shrewd marketer, an astute businesswoman (Backwoods Barbie appears from her own Dolly Records), and a frequently brilliant if understated songwriter (nine of the 12 tracks here are Parton originals). Unlike her last couple of albums, which were bluegrass-based, she isn't trying to reinvent herself here, but works in her usual pop and country hybrid style (even tenderly covering Smokey Robinson's "The Tracks of My Tears"), not trying too hard to be contemporary, although the production touches are there (the album was co-produced by Parton and her bandleader, guitarist Kent Wells), certainly, and her version of Betsy Ulmer and Craig Wiseman's "Jesus & Gravity," even more than "Better Get to Livin'," could well find itself in regular rotation on new country radio stations, at least in a fair and equitable world. Other highlights here include the title song, which shows Parton still in tune with her public image (she really always has been, of course), and the beautiful and delicate original "Only Dreamin'," which shows that, beneath all the big wigs and glamour, Parton is still a fine songwriter with an uncommon sense of grace, economy, and wisdom. Backwoods Barbie might not break the bank out there, and it would take a good deal of marketing and luck for any of these tracks to hit the top of the new country charts, but it shows that Parton can still deliver the package in fine style and only the fools among us would ever count her down and out, no matter how many
Better Get To Livin'
Made Of Stone
Drives Me Crazy
Backwoods Barbie
Jesus & Gravity
Only Dreamin'
The Tracks Of My Tears
The Lonesomes
Cologne
Shinola
I Will Forever Hate Roses
Somebody's Everything