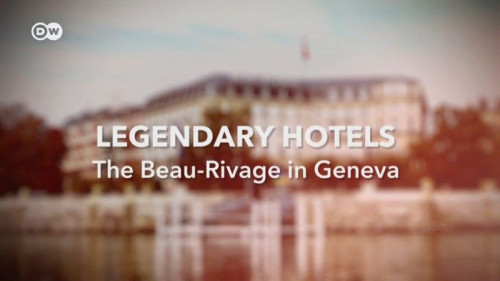 DW - Legendary Hotels: The Beau-Rivage in Geneva (2021)
English | Size: 717 MB
Category: Documnetary
With its stunning view of Lake Geneva, the hotel has attracted actors from Roger Moore to Angelina Jolie, and played host to political luminaries like Kofi Annan, Charles de Gaulle and the Dalai Lama.

Political history has been made here, too: In 1898, the Empress "Sisi" of Austria was stabbed to death by an anarchist at the Beau-Rivage. Nearly a hundred years later, in 1987, the German politician Uwe Barschel was discovered dead here, in a bathtub.

Family-run for generations, the hotel is impressive not just for its size, but also for its discretion. Now, director Jacques Mayer uses interviews, archival film and rarely seen photographs to vividly chronicle some of the most fateful years of the Beau-Rivage.