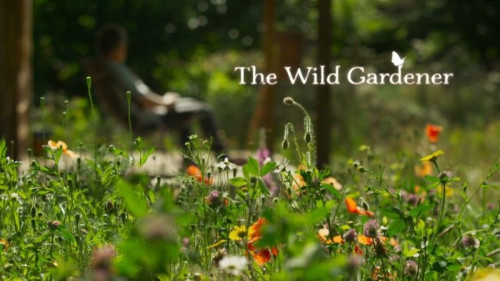 BBC - The Wild Gardener (2021)
English | Size: 2.20 GB
Category: Documentary
After 30 years of filming the world's most iconic creatures, Colin Stafford-Johnson heads back to Ireland and a garden he spent his childhood summers mowing and spraying. In this series, filmed over the course of two years, he wants to transform this old orchard into a celebration of the native plants and animals struggling to survive on these islands, while inspiring viewers to do the same.

Chapter 1:
Colin get down and dirty. He digs ponds, clears brambles, plants woodland and sews meadows as he tries to figure out how best to lure the wild creatures back. Along the way, Colin travels across Britain and Ireland to meet other enthusiasts on their own wild crusades, and he makes a pilgrimage to Gravetye Manor in Sussex, the former home of William Robinson, the original wild gardener.

But as his own patch transforms, Colin meets with some unexpected obstacles. With trees planted and seed sown, he faces an extraordinary weeks-long drought that threatens his whole project. With the climate changing and our natural world under siege, Colin believes that if you have a garden, you can make a difference, and after just a few short months working on his own patch, he begins to witness it for himself. His new ponds become a magnet for mating damselflies and dragonflies, his freshly sown meadows burst with wildflowers, attracting countless bees and butterflies, and as autumn rolls in, some native mammals begin to prospect for a new winter home.

Chapter 2:
This episode takes us through Colin's second year as he begins to reap the rewards of his labours. Working through the winter, Colin reflects on his journey so far and plans the busy spring and summer months ahead. With most of the heavy lifting done, Colin will now use a gentle hand to maintain the garden as he tries to lure back as many wild creatures as possible. Early on, he is treated to a great surprise as a creature he has not spotted here for over 40 years makes a remarkable return - the elusive red squirrel. He takes this as a good omen for the year ahead - he must be doing something right!

As we move through the seasons, more and more creatures arrive, some more welcome than others. A small herd of deer begin to make nightly visits to feast on young trees, and Colin reluctantly serves them an eviction notice. Early spring sees temperatures rising and the ponds bursting with life. Clouds of insects take to the wing and, after some nocturnal visitors, frog spawn appears as if by magic. The native meadow comes into its own, attracting over a dozen different kind of butterflies and clouds of aerial predators.

Colin meets Professor Dave Goulson at his own wild patch in East Sussex to chat about his work on bumblebees and his crazy dream for the British countryside. He visits a tiny wild corner of central London that 70 years ago was just rubble from buildings bombed in the Blitz, and is now home to over 450 native species of plants and animals. Wild spaces like this are rare anywhere, let alone in central London. As Colin's second year draws to a close, he reflects on the urgent need for everyone to make space for nature. With our natural world being pushed closer and closer to the brink, every single patch counts, big or small.