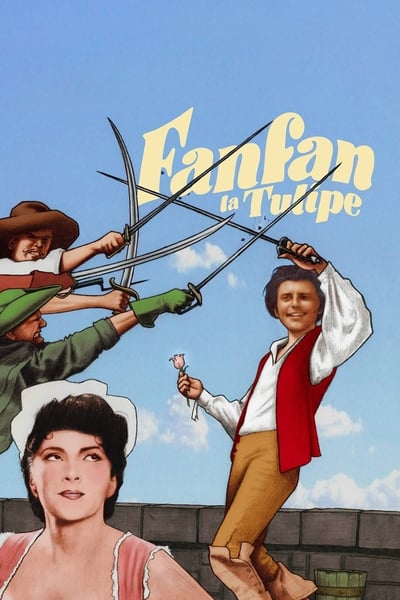 Fanfan is a handsome young peasant. He joins the army to escape a forced marriage and because a gypsy girl predicted he will earn glory and the king's daughter as a wife. But the 'gypsy' girl was in fact Adeline, the daughter of the recruiting officer. Once he has discovered the stratagem, Fanfan refuses to forget this dream and decides to fulfill the destiny of the fake prediction. Fantastic swashbuckling adventures in a 18th Century setting, with a light criticism of the war and the mighty.